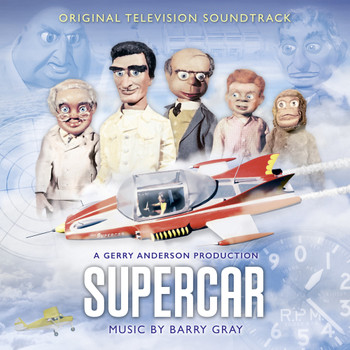 Gerry Anderson’s production of Supercar made its UK TV debut in January 1961. The adventures of the crew of an amazing land, sea and air vehicle based at a secret laboratory in the Nevada Desert became an instant worldwide hit bolstered by the tag, ‘filmed in Supermarionation’.

In later years musical maestro Barry Gray had the freedom to write scores for selected episodes of each Gerry Anderson series – with the cues being reused on subsequent episodes and new material being composed as needed.

For Supercar this was initially not possible due to the breakneck turnaround of the show and limited budget. Therefore, in addition to composing the all-important title theme, Barry produced a series of ‘themes’ for locations, situation and characters (Supercar itself being embedded with heroic characteristics through the score launching the idea that the vehicles were central characters too). The often whimsical, charming score beautifully embellishes the equally charming and whimsical nature of the dialogue. However, the more serious moments are scored with appropriate menace , suitably written to underline the knowingly melodramatic nature of the plots. For series One, Gray’s music was heavily supplemented with library music by Edwin Astley, but for the second series Gray was the sole musical voice and, in addition to a new version of the main theme, he expanded on his existing score with tracks that would serve not just the Supercar team, but future heroic organisations as yet undreamt of. 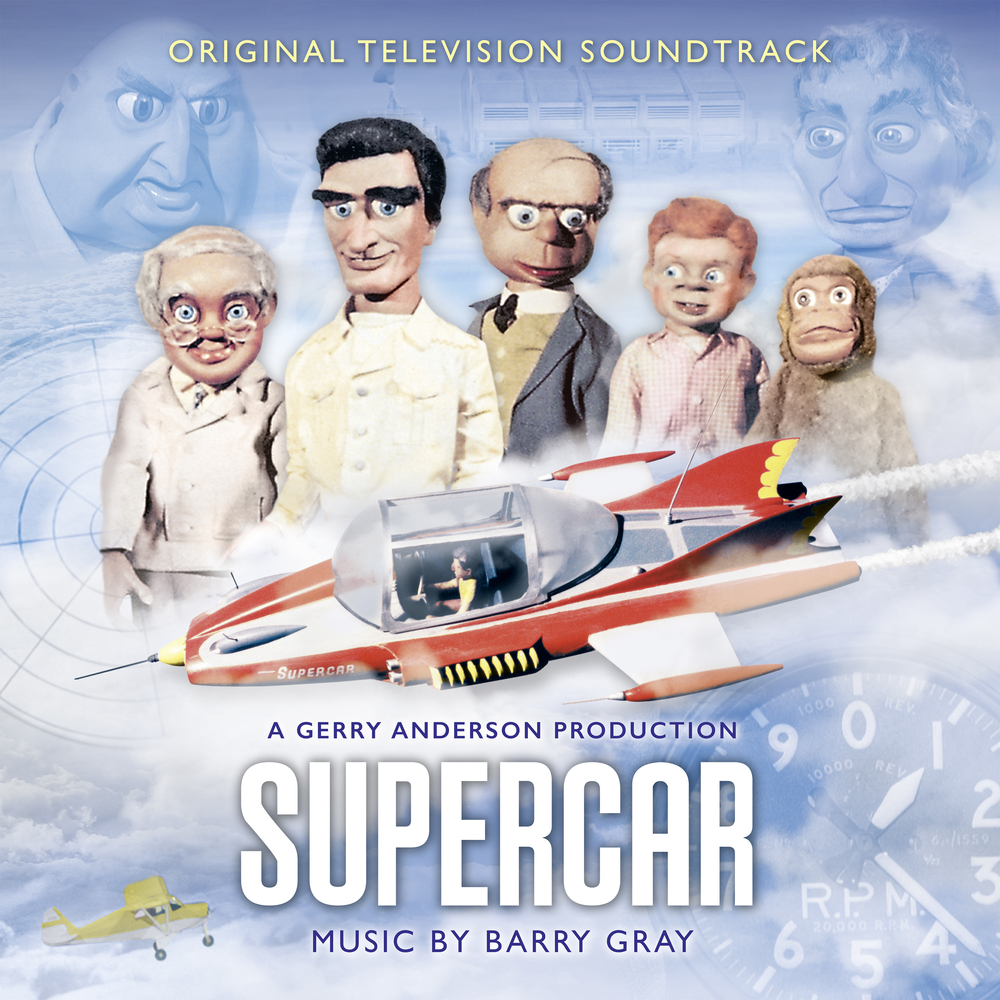