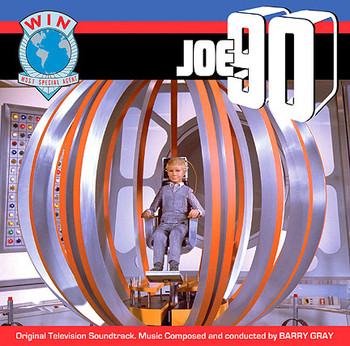 As with Silva Screen's previous Anderson soundtrack releases, the Joe 90 soundtrack features over 75 minutes of recordings from Barry Gray's original master tapes, with much of the material mastered in stereo.
As well as the series' popular theme in both main title and end title arrangements, the CD includes incidental tracks from 17 of the series' 30 episodes: The Most Special Agent, Hi-Jacked, Splashdown, Operation McClaine, Three's A Crowd, International Concerto, Big Fish, The Unorthodox Shepherd, Relative Danger, King For A Day, Double Agent, Arctic Adventure, The Fortress, Colonel McClaine, Project 90, The Race and Lone-Handed 90.
One of Joe 90's most popular and often-requested pieces of incidental music, the balloon flight theme from Project 90, is also included on the album in a four-minute stereo recording. Both of the series break stings and the Joe 90 Lyons' Maid commercial appear as bonus tracks.
Although the release of this soundtrack will be a must for all Joe 90 fans, the CD will also be of interest to fans of the later Anderson series Space:1999 which often made extensive use of the Joe 90 recordings to supplement Gray's original scores. Music which appeared in the Space:1999 episodes The Last Sunset, Collision Course, Death's Other Dominion and Mission Of The Darians, for example, will be found on the Joe 90 album rather than on Silva Screen's Space:1999 Year One album. 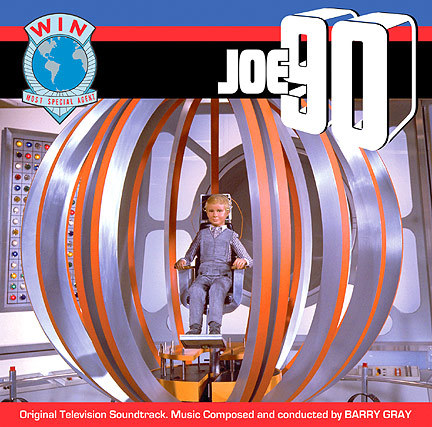