Songs from the DARK SHADOWS, A Gothic Musical CD

Songs from the Dark Shadows: A Gothic Musical

Musician and college history professor David Leinweber's love of the 1960s gothic soap opera, Dark Shadows, has translated into the brand-new album Songs from the Dark Shadows: A Gothic Musical.

Check out Leinweber's interpretation of the dark, romantic world of Collinwood Estate and the vampires, witches, and other supernatural creatures within.

Due to the positive response he received playing the song live, he posted the performance on YouTube and went on to create the rest of the album, which he says he "designed as a stand-alone collection of songs, or as a musical or opera for a theatrical setting."

To learn more about David Leinweber and his music, visit davidleinweber.com.

"The songwriting is nuanced and mature, the musicianship is great, and vocalist David Leinweber has a highly pleasant voice to listen to." 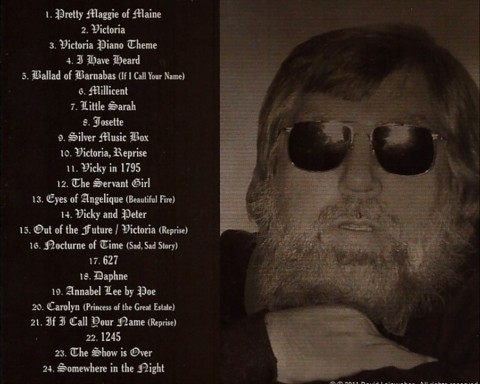