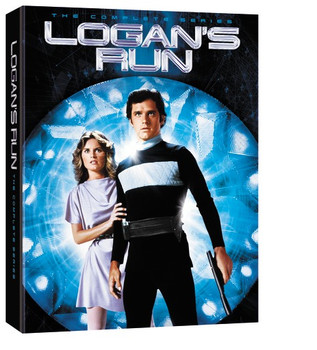 Gregory Harrison stars as a former policeman fleeing across a post-apocalyptic landscape to find a fabled utopia in the science fiction adventures of Logan's Run.

Earth: 2319. Nuclear holocaust has devastated the planet. Survivors cluster in isolated communities, unaware of the existence of others. The people in the City of Domes lead idyllic lives ... until they are killed on their 30th birthday. Logan (Harrison), a Sandman, escapes this fate with the help of a beautiful member of the underground, Jessica (Heather Menzies). Together, they search for Sanctuary, a mythical paradise, accompanied by an android, Rem (Donald Moffat), and pursued by another Sandman. As they encounter different civilizations--some welcoming, some threatening--Logan and Jessica keep searching for Sanctuary on Logan's Run. Based on the feature film and on the novel by William F. Nolan and George Clayton Johnson.