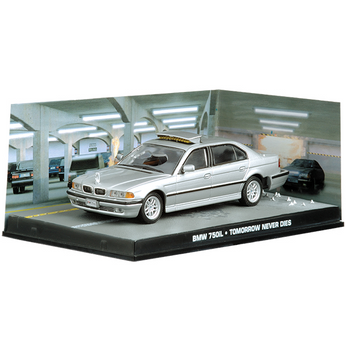 The BMW 750iL is Bond's preferred ride in Tomorrow Never Dies which is fully loaded with weapons. This setting was taken from the scene in the film during a chase sequence where its windshield, despite being able to withstand sledgehammer blows, and rear window are shot out by a combination of grenades and assault rifle gunfire from Bond's pursuers. This demolished BMW 750iL will definitely change up your collection with its appeal!