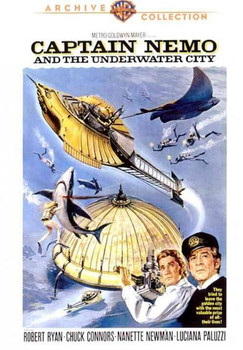 Oscar-nominee Robert Ryan ("The Wild Bunch," "Crossfire") plays Captain Nemo, the infamous submarine captain. The Captain rescues six shipwreck survivors and brings them to his underwater fortress, where they may be trapped for the rest of their lives. Nanette Newman ("The Wrong Box") and Chuck Connors ("Soylent Green," "Old Yeller") co-star in this fantasy-adventure. Enjoyable for the entire family. Directed by Oscar-winner James Hill.