Named after astronaut Alan B. Shephard, Alan Tracy was born on 12 March 2044 and is now twenty-one years old. Caring and deeply romantic, he has a love of motor-racing and was a champion racing-car driver prior to becoming the pilot of Thunderbord 3.

The blond-haired, baby-faced astonaut is utterly dedicated to International Rescue, meeting his great responsibilities with a maturity that belies his years. Yet there are times when his father still sees him as the college student whose rocket experiments went haywire, and accordingly treats his as a wayward schoolboy. Educated at Colorado University, Alan is a great sportsman and practical joker. However, he is not without his quiet side and likes nothing better than to explore the rocks and potholes located in the more inaccessible points of Tracy Island. Apart feom piloting Thunderbird 3, Alan also assists his brother John by taking turns at manning the space station, Thunderbird 5. He jealously guards his romantic relationship with Tin-Tin Kyrano, although he secretly harbours a passion for London agent Lady Penelope Creighton Ward.

Produced in a worldwide numbered limited edition, fans of this classic series can relive the heroic adventures of International Rescue's finest. 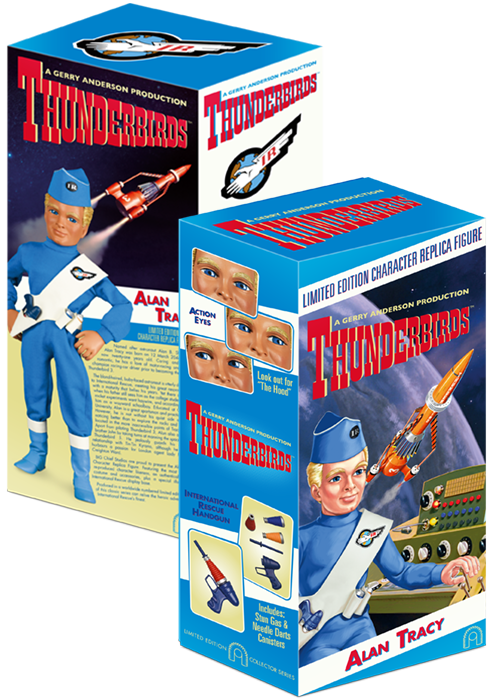