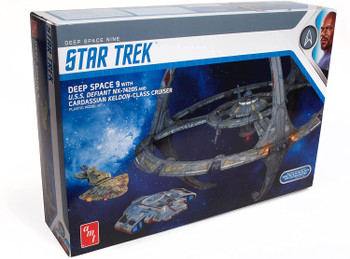 The model will be produced in clear ABS plastic like the 2012 version.

It will include the scale Defiant that was in the 2012 version, and it will add a new 1:2500 Cardassian Keldon kit, which is a Galor variation.