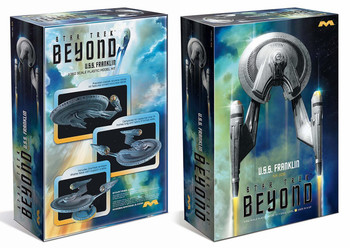 Moebius Models is proud to announce the first of an all-new series of Star Trek model kits based on the new Star Trek movies.

The U.S.S. Franklin, Starfleet registry NX-326, was the first Starfleet vessel capable of warp 4. It vanished in 2164; the mystery of its disappearance was long the subject of speculation. It was discovered by the crew of the U.S.S. Enterprise in 2263, fully intact and resting on the surface of the planet Altamid.

The series of new Star Trek movies launched in 2009 to critical and popular acclaim, bringing Star Trek to a new generation of filmgoers. The films include Star Trek (2009), Star Trek Into Darkness (2013), and Star Trek Beyond (2016). 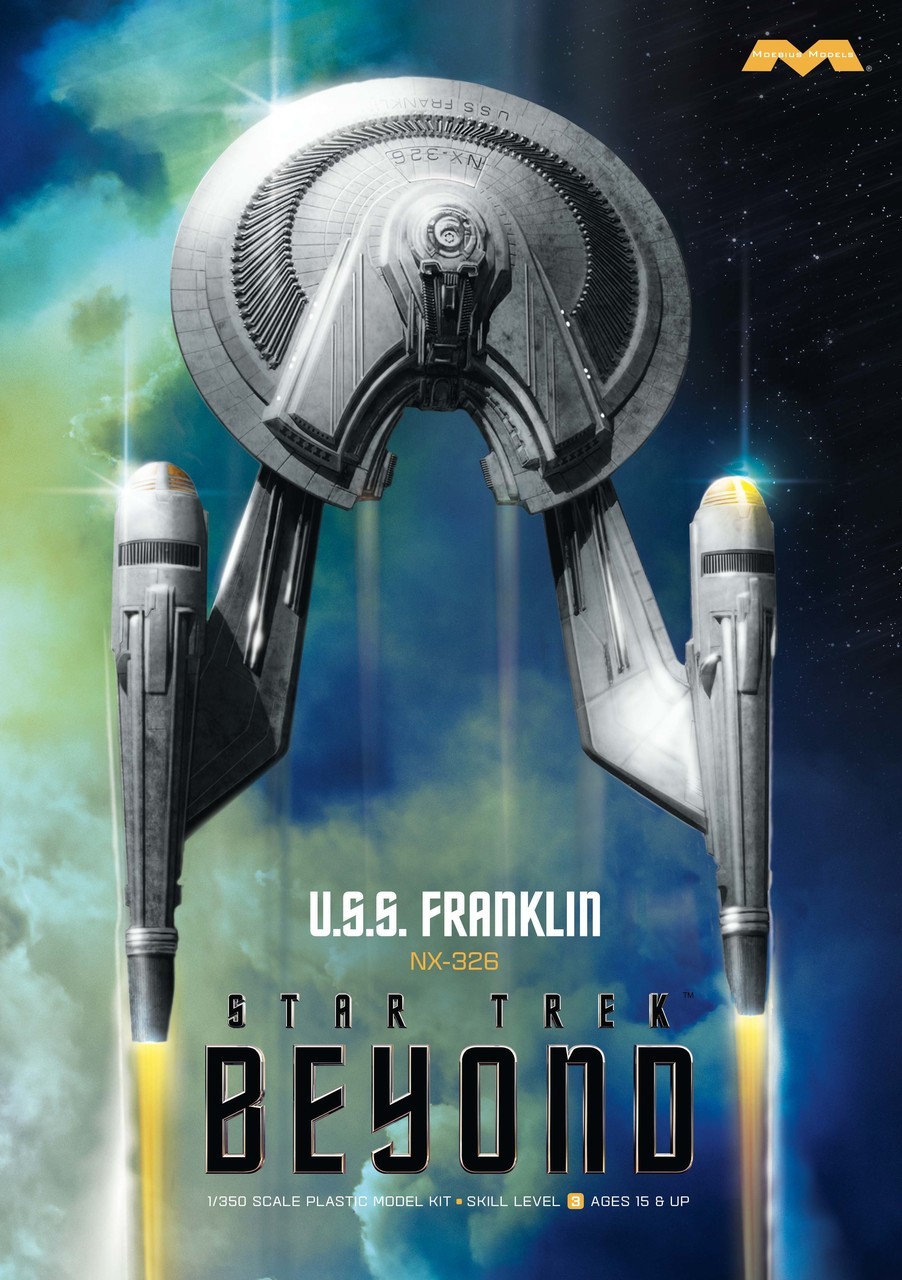