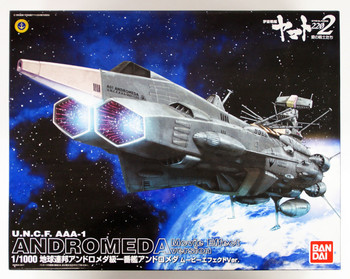 Inspired by the Japanese sci-fi film Space Battleship Yamato, the long-awaited, cutting-edge ship that appears in Star Blazers 2202, is finally available as a 1:1000 scale model as this remarkable Space Battleship Yamato Andromeda Movie Effect Version 1:1000 Scale Model Kit! Breathe life into the Andromeda via LED and SE units. The Wave Cannon utilizes a multi-LED that changes from red to blue to white, replicating highly realistic glimmering and sounds! The Wave Engine light also flickers on and off and emits sounds to recreate the atmosphere of the feature film. In this all-new design, the option to set the retractable equipment to open or closed lends added realism, and carrier-based aircraft are even included! Requires 3x "AA" batteries, not included. Ages 15 and up. 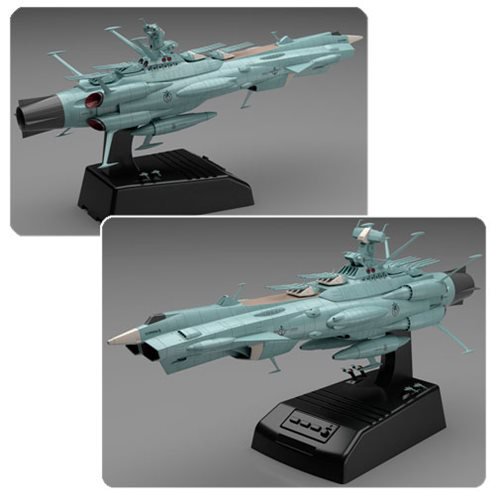