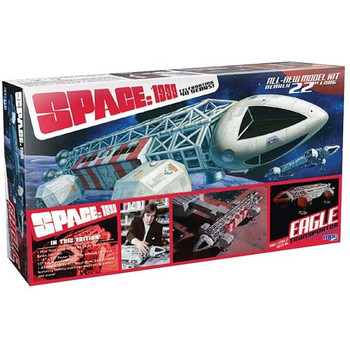 The Eagle Transporter is the iconic capital spacecraft featured in the Gerry Anderson show Space:1999. The previous release of the 12” version of the ship has always been well-received by fans and modelers everywhere. MPC now releases an ALL-NEW large format kit of the ship. It has been exhaustively researched for accuracy and features spring-loaded landing foot pads, pilot figures and all decals needed to fully decorate the ship. Special attention has been paid to ensure it assembles as easily as Round 2’s release of the Polar Lights 1:350 scale TOS Enterprise. 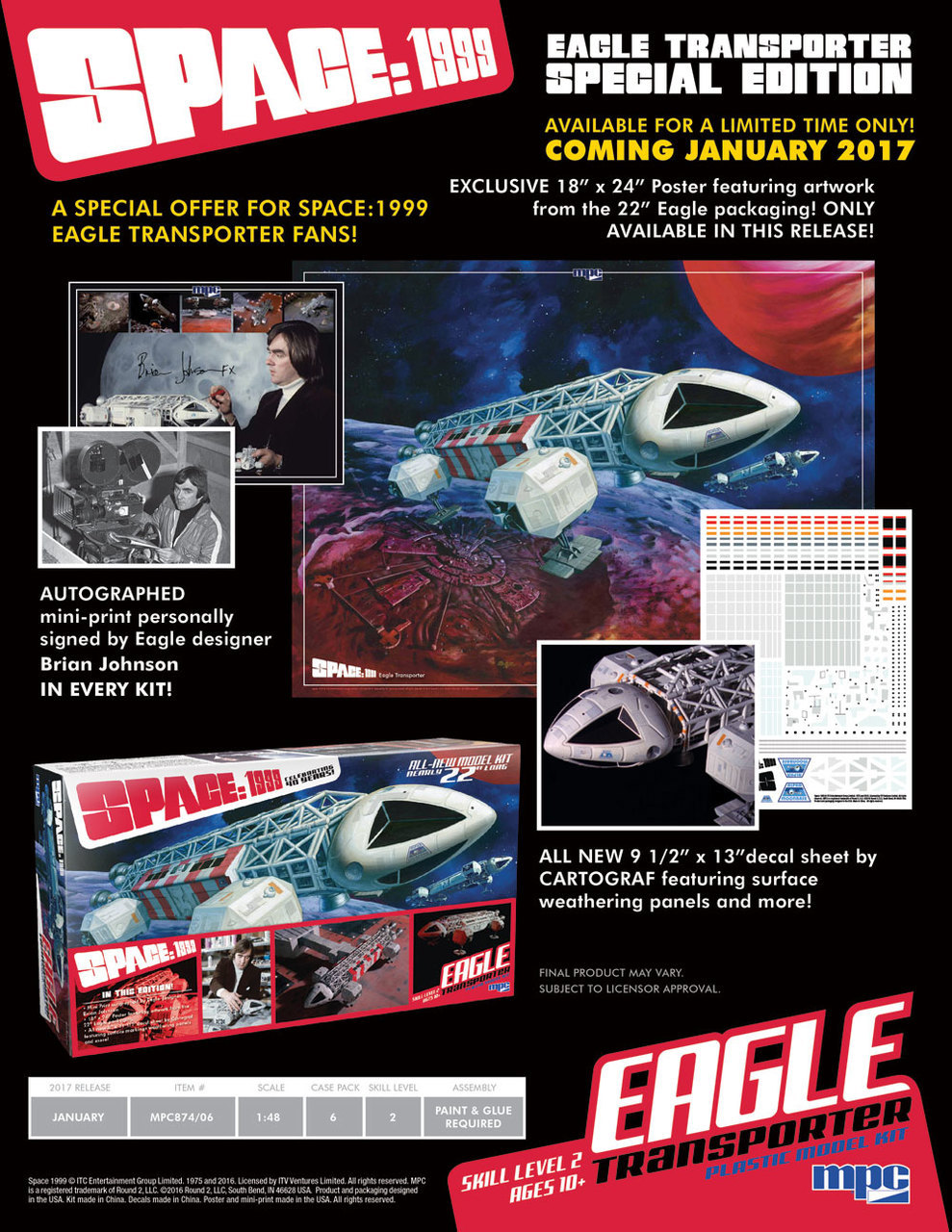