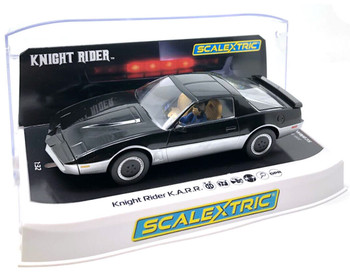 The deadly enemy of Michael Knight and K.I.T.T., K.A.R.R. was the nemesis in many episodes of Knight Rider. Visually similar to K.I.T.T. except for the demonic glowing amber light on the front. Unlike K.I.T.T. who was programmed to save human life, K.A.R.R. has no regard for it, and instead is determined only to protect himself, and ensure nothing gets in his way!

Make sure you grab this release quickly, K.A.R.R. never hangs around when a mission is on, and nothing will get in his way!