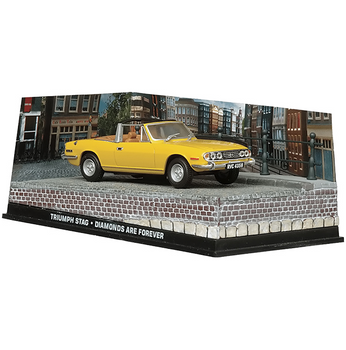 The Triumph Stag appeared in Diamonds Are Forever, which Bond attained from a diamond smuggler, Peter Franks. Franks arrived at Dover in the Triumph Stag but was later apprehended. Bond assumes Franks identity and takes the car on a ride through the small streets of Amsterdam to arrive at the canal house of Tiffany Case. Relive the experience of Bond's sweet trip with this model in your collection!