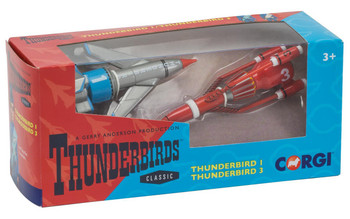 As cult 1960s TV show Thunderbirds™ celebrates its 50th anniversary, we're proud to present a new range of Corgi Thunderbirds™ models based on the original classic series, for both long-standing enthusiasts and a new generation of fans.

The complete Corgi Thunderbirds™ range - FAB1, Thunderbirds 1, 2, 3, and 4 are available at FABGEARUSA.com

Both Thunderbird 1 & 3 feature new tooling for this release

Thunderbird 1 is International Rescue's fast-action response vehicle, usually the first to arrive at an incident. Normally piloted by Scott Tracy, it can also be flown by his younger brother Alan.

Thunderbird 3 is International Rescue's vehicle designed for space rescue and maintaining the systems and crew of Thunderbird 5. It is normally piloted by Alan Tracy, with his brother, Scott as co-pilot. 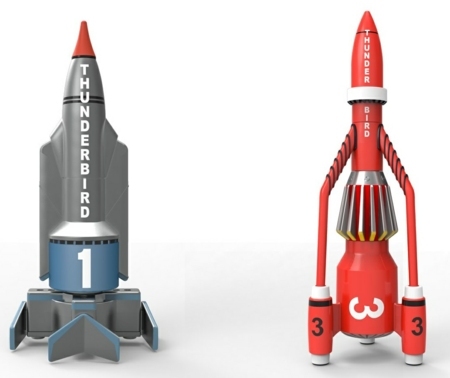