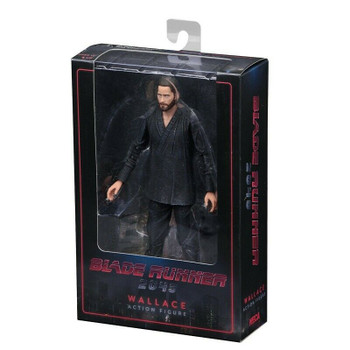 From the critically acclaimed movie Blade Runner 2049, the sequel to the legendary sci-fi film!

Bring home the action with this highly articulated action figures depicting the characters as they appear on screen.  Wallace (featuring the likeness of Jared Leto). Each action figure stands approximately 7” tall and has over 25 points of articulation.