Set your drink down on a Cylon while you coast along on the Battlestar Galactica! Measuring approximately 6 1/4-inches x 4 1/2-inches x 1/6-inch thick, these awesome Cylon Centurion Coasters inspired by the Battlestar Galactica television series are made of cork and feature the fearsome cybernetic warriors from the show. They'll protect your furniture, but not the human race!

Battlestar Galactica (BSG) is an immensely popular franchise of television series and sci-fi films, the first of which aired in 1978. Books, comic books, and video games followed. In Battlestar Galactica, The Twelve Colonies - a civilization of human beings in a far-off sector of the universe - are at war with the cybernetic Cylons. The Cylons lay waste to The Colonies, decimating their worlds and populations, and the survivors flee aboard any spacecraft they can find, including the Battlestar Galactica, the only military ship in the Colonial Fleet to survive the Cylon attack. Battlestar Galactica's renowned commander and his crew then lead the ragtag flotilla of survivors in search of a new home, the mythical planet Earth. 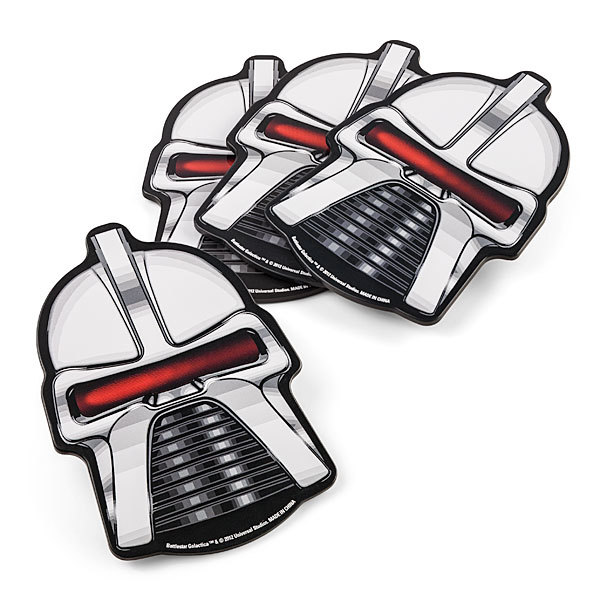