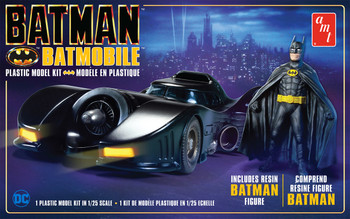 The 1989 BATMAN™ movie re-introduced movie audiences to a more gothic version of the character; the likes of which had never seen before on screen. Tim Burton’s interpretation of the mythos returned Batman to his darker noir-ish roots, but as always Batman’s arsenal of hardware was a force to be reckoned with.  None of which was more impressive than the Anton Furst designed BATMOBILE. Just as iconic was the modern re-design of Batman’s costume. It’s black leather armor established the hero in the real world and was the perfect look to make Gotham City’s criminals to run in fear.

This AMT model kit captures every detail of Batman’s iconic vehicle from the turbine engine to computer maintenance panels and authentic dashboard and cockpit. It features optional grappling hook and twin machine guns. It is injected in black plastic with chrome and clear parts with rubber tires and, for the first time, includes a resin figure of Batman himself. 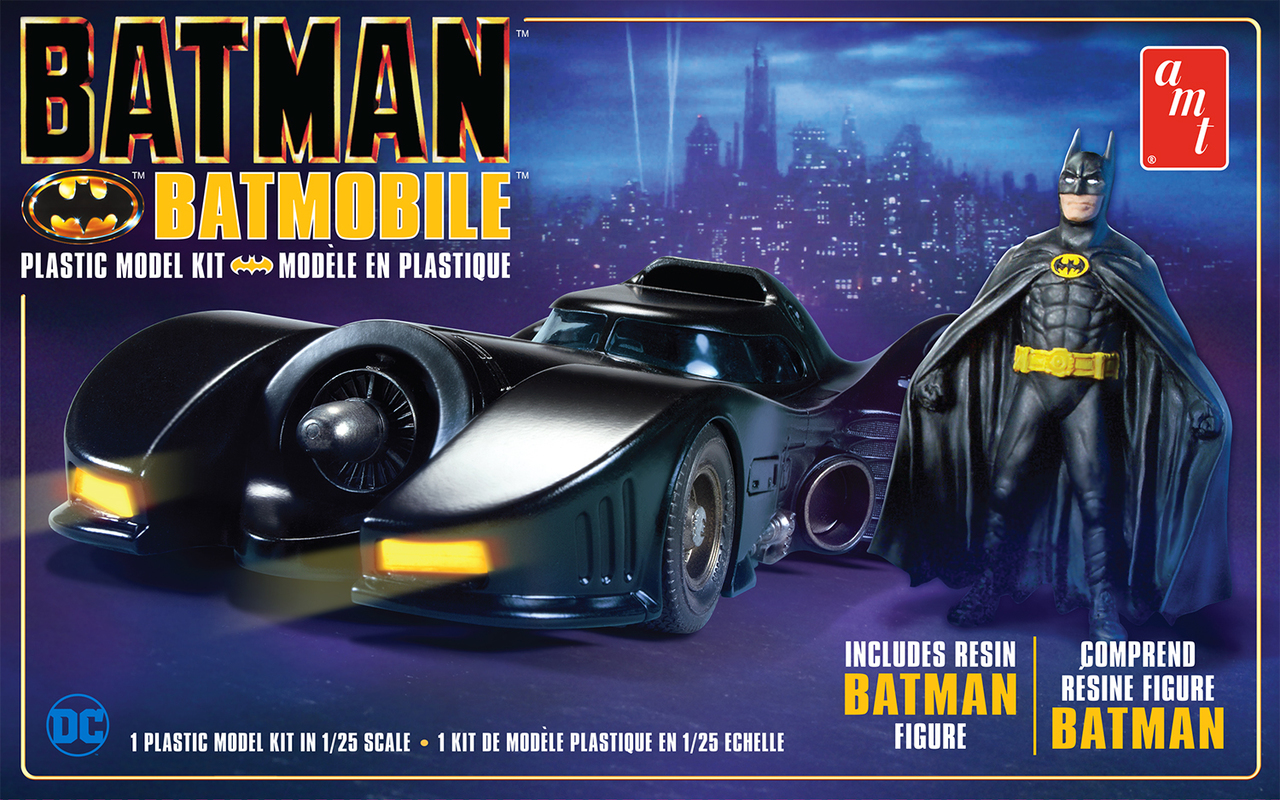