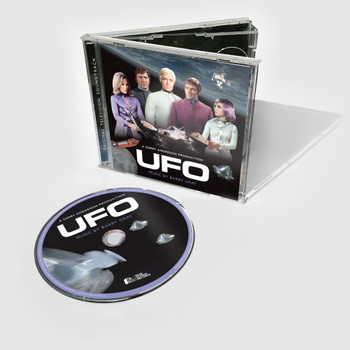 After a decade of creating pioneering puppet series made for children, Gerry & Sylvia Anderson took their first steps into live-action, with the 1969 feature film Doppelgänger (re-titled outside UK as Journey To The Far Side Of The Sun). This science-fiction film approached its outer space subject matter with a gritty realism, and would set the tone for what was to be their first live-action television series: UFO. This new series took as a starting point the pioneering work of Dr Christiaan N. Barnard, the surgeon who performed the world’s first heart transplant operation. In UFO a dying race of aliens travel across vast distances of space to harvest organs from human beings to help ensure their own survival. To combat this threat the United Nations created SHADO, a top-secret organisation utilising the latest technology available to defend the Earth. To complement the series, the Andersons frequent musical collaborator Barry Gray created a multifaceted score that gave the programme its own musical identity. Elegantly crafted and a firm favourite with Barry Gray fans, the sound of UFO, particularly its ethereal “World Music” closing credits is, quite simply, a joy. Includes a bonus track, Trampoline performed by The Spencer Davis Group from the episode Ordeal.

1 UFO Main Titles 2 S.H.A.D.O. 3 E.S.P. from “E.S.P.” 4 Flashback from “Confetti Check A-O.K.” 5 The Choice from “Confetti Check A-O.K.” 6 Space Junk from “Conflict” 7 Straker and the General from “Conflict” 8 A Rose for Sylvia from “Ordeal” 9 Harlington Straker from “Identified” 10 Alien from “Identified”11 Travelling Home from “Ordeal” 12 The Trip from The Long Sleep 13 Taken from Ordeal 14 Crash Landing / Dreambox from Ordeal 15 The Leisure Sphere from Survival 16 Enemy my Friend from Survival 17 The Affair from The Square Triangle 18 A Day at the Studio from A Question of Priorities 19 Who Are You? / John’s Death from A Question of Priorities 20 UFO End Titles 21 Bonus Track – Trampoline from “Ordeal” - The Spencer Davis Group 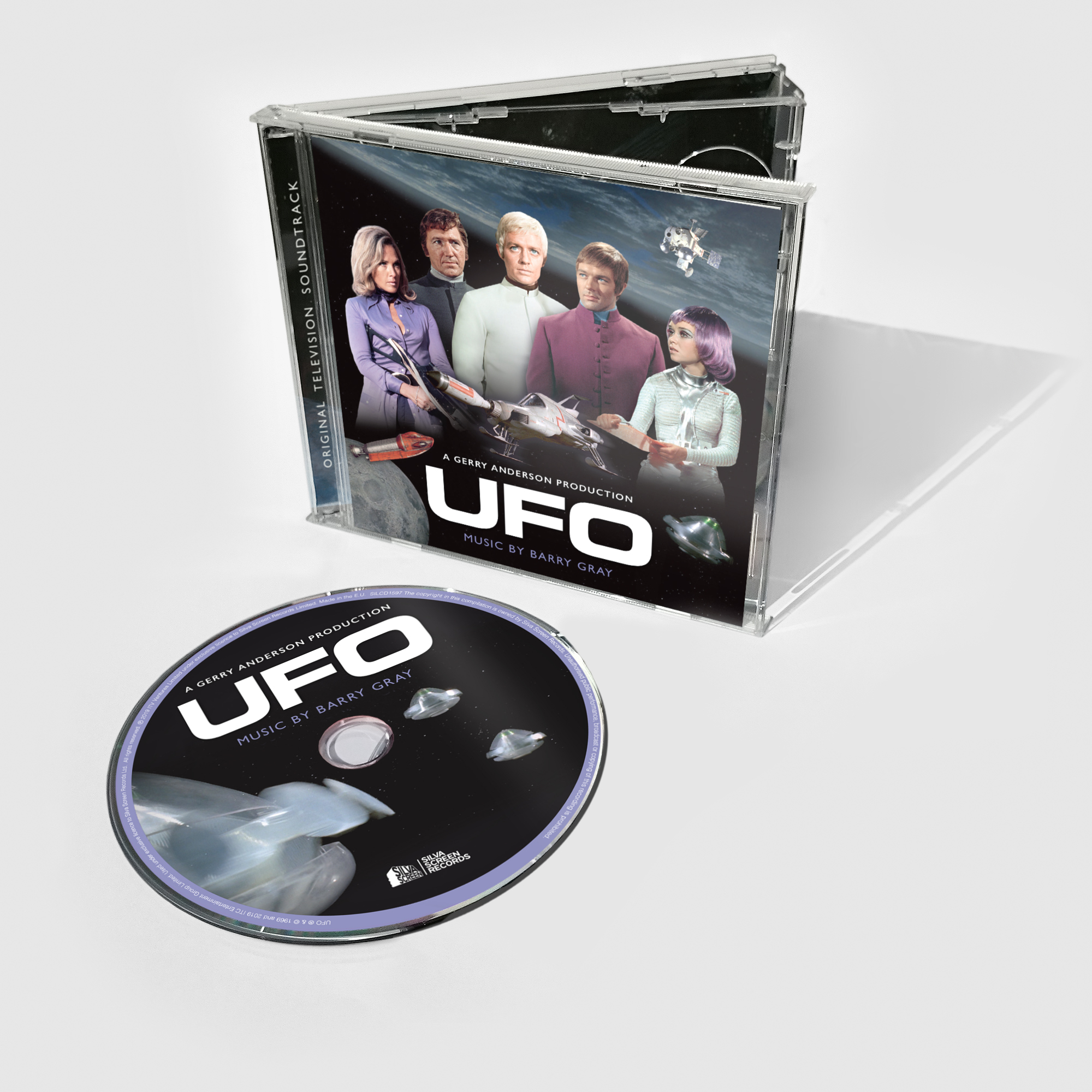