Prepare for Miniaturization!
Ok, we know this cool sub/spaceship model isn''t from an Anderson or Irwin Allen production, but it''s so cool we just had to carry it anyway! Plus, we really like the folks at Moebius Models and want to support their efforts, even if this kit falls slightly outside our regular line of merchandise.
The Voyager is from Filmation''s animated Fantastic Voyage TV series which ran on ABC from 1968 to 1970. The told the story of the C.M.D.F. (Combined Miniature Defense Force), a secret United States government organization which possessed the ability to reduce people to microscopic size. The characters were Commander Jonathan Kidd; biologist Erica Lane; scientist Busby Birdwell; and a master of mysterious powers known as Guru. The team was reduced in size and traveled around in a microscopic flying submarine, the Voyager, doing battle against the unseen, unsuspecting enemies of the free world. The series featured the voices of Marvin Miller, Jane Webb, and Ted Knight.
Aurora Plastics originally released the Voyager model kit in 1969 to little success, and it has remained a collector''s item since then. Original kits have sold for more than $600.00, but now everyone can afford one thanks to Moebius Models!
This kit must be assembled and painted. 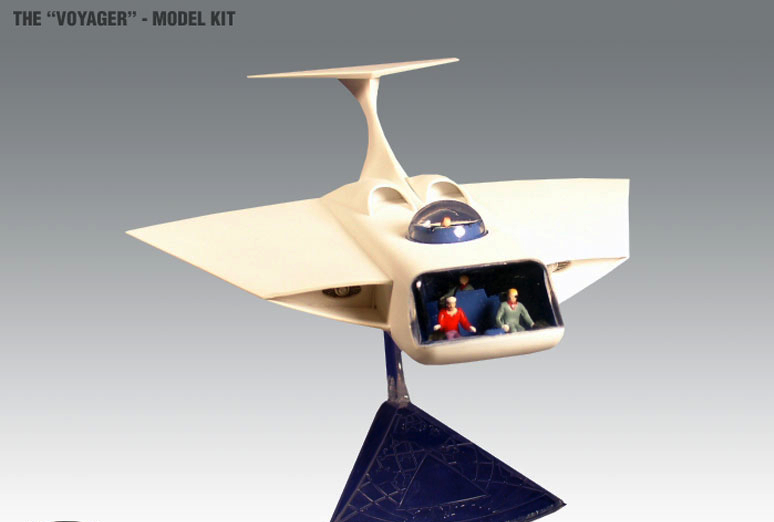