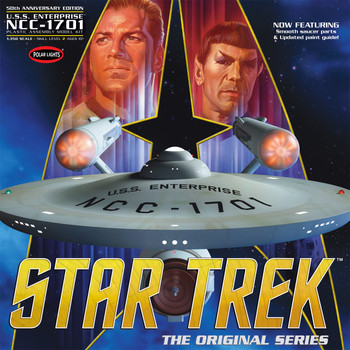 STAR TREK™: The Original Series first aired in 1966 and left an indelible impact on its adoring audience and continues to inspire technology 50 years later. Among its fully realized characters, colorful costumes, exciting new worlds and technical marvels, one of elements that has stood the test of time is design of the U.S.S. Enterprise NCC-1701, the starship at the center of the adventure. This model kit of the Constitution-class starship was mastered from hands-on research gleaned from the original filming miniature during its conservation by the Smithsonian Institution. Though glue is necessary, the kit assembles easily with the aid of the included pictorial assembly guide. Parts come in copper, clear and two shades of gray to minimize the need for paint. All the details are featured from a precision-crafted interior bridge, hangar deck, and shuttlecraft to thorough waterslide decal markings.

•Based on measurements from the 11’ miniature used to film Star Trek™: the Original Series

•Miniature shuttle included with markings for the Galileo and the Columbus! 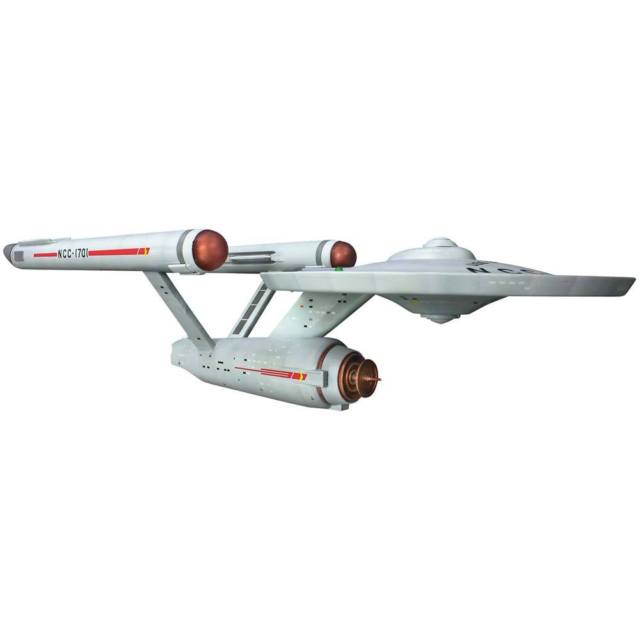