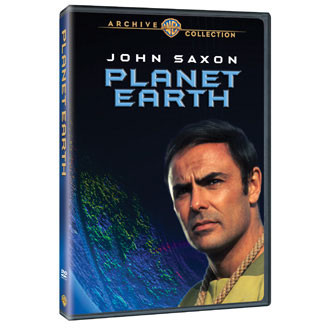 The time: the 22nd century. The place: the Confederacy, a matriarchy where men are enslaved and impotent. The hero: Dylan Hunt (John Saxon), a handsome, vigorous 20th-century scientist awakened from suspended animation - just the "breeder" a Confederacy dominatrix (Diana Muldaur) has been waiting for! In this sequel to Genesis II, Gene Roddenberry (Star Trek) puts a reverse spin on women's lib in an action-filled tale set in a gleaming world of futuristic cities, underground sub shuttles, palm-sized computers and skintight uniforms. Can Hunt defy the Confederacy and free his downtrodden fellow males, or is he doomed to slavery on Planet Earth?