Lost in Space B9 Robot Model Kit By Polar Lights

Last week, as you recall...

The Robinsons were still stranded on an uncharted planet and in peril! Luckily, they have a trusty Robot companion (at least he was trusty after Will reprogrammed him!) to help them out, don''t you need one as well?
The assembled model stands about 7 inches high atop a rocky base platform. This model was originally released by Aurora in 1967, and became a classic pal to many kids who grew up watching Lost in Space on CBS TV. The model was re-issued by Polar Lights so that a whole new generation of fans could build an affordable model of the much loved Robot. Now out of production, this model kit is getting harder to find.

The Robot must be assembled and painted. No glue or paint is included with this kit. 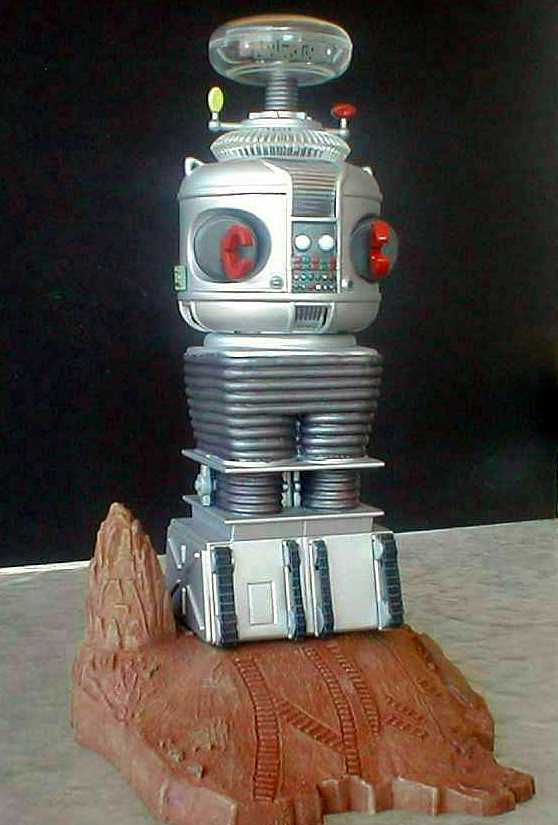