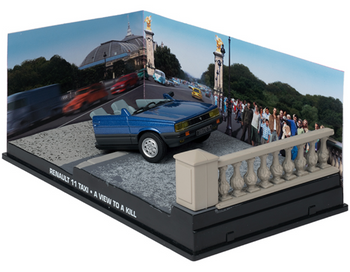 In 1985’s A View To Kill 007 pursues Grace Jones’s Mayday through the streets of Paris. Along the way he acquires a Renault 11 taxi, which is cut in half.