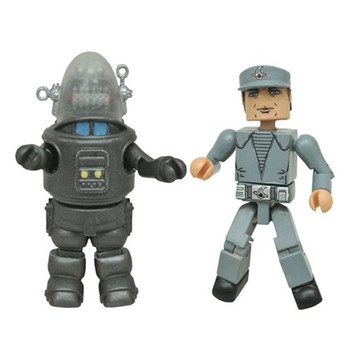 A Diamond Select Toys Release! From the distant world of Altair IV, comes Robby the Robot, the most technologically advanced Minimate mini-figure ever made! Based on the robot's iconic appearance in the classic sci-fi film Forbidden Planet,
This 2-inch mini-figure of Robby comes packaged in a 2-pack with a crewman from the spaceship C-57D. Robby features articulated arms and legs, while the crewman features 14 points of articulation and a laser pistol. The Forbidden Planet Minimates Robby and Crewman 2-Pack Set is packaged on a full-color blister card. 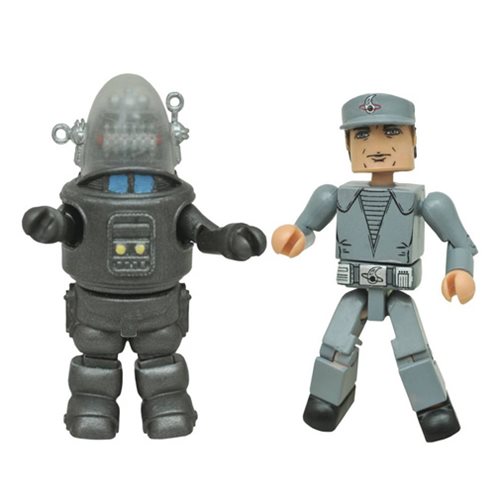