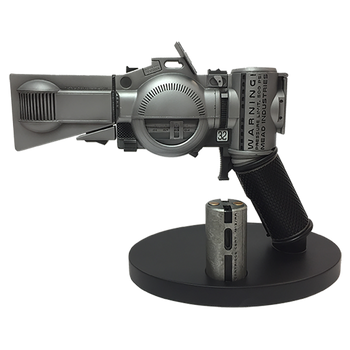 “In visual futurism, the line between total fantasy and futuristic is a thread of reality.”

Chronicle Collectibles is excited to announce the release of Syd Mead’s Blaster as conceptualized for the film Blade Runner. With the release of the new sequel of Blade Runner, we thought fans would enjoy a brief throwback to the early 1980’s.

One of those industry-challenging artists is Syd Mead, who is known as the American “visual futurist” after his illustrious career as a neofuturistic concept artist, not only in film, but for industrial design, video games and television.

A great example of this is seen in the 1982 film, Blade Runner.  The mechanical lines created for the vehicles and layout of the city come directly from concept artwork designed by Syd Mead, as well as the idea for a folding, pocket-sized weapon that expelled an electrical charge as opposed to a bullet.  The Blaster seen in the film is a bit different from the concept that Syd Mead designed and Chronicle is producing, so you don’t want to miss out on this is rare opportunity to own a pre-production concept from one of the greatest SciFi films ever made.  In fact, this is the first time a licensed replica has ever been offered!

This Blaster features a removable battery pack, the ability to fold in half, a working trigger, full light up features and display base.  A print of the original concept suitable for framing will be included as well. 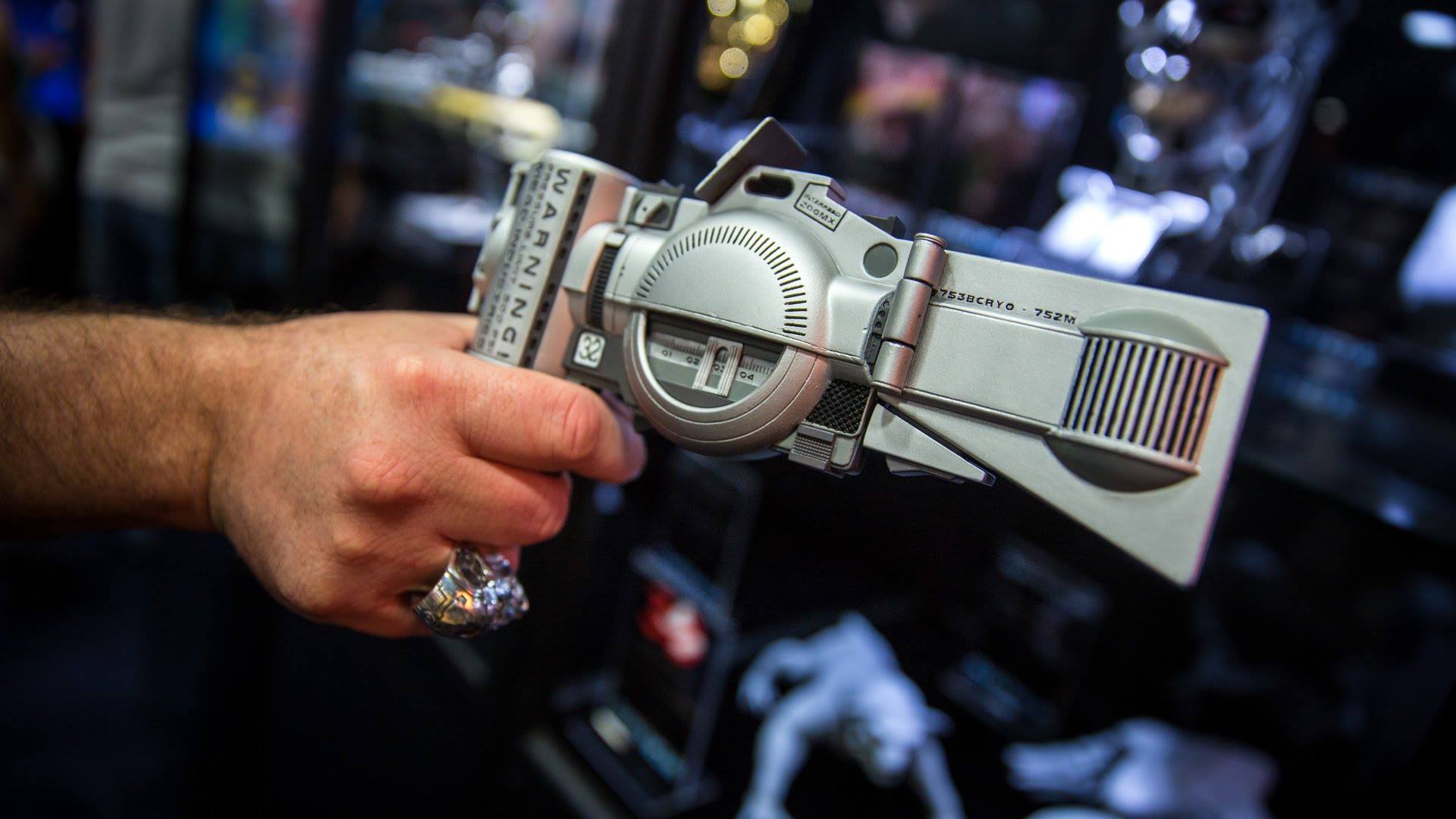