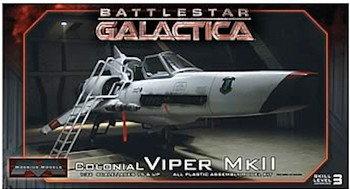 Kick the tires and light the fires!
From Sci-Fi Channel''s Battlestar Galactica, Moebius Models'' new kit is the Colonial Viper Mk II Fighter! Designed to operate in both space and atmospheric conditions, the Viper is the Colonial Fleet''s primary Space Superiority Fighter/Attack craft.
The Viper MKII was originally introduced in Colonial service shortly before the outbreak of the 1st Cylon War. The MKII remained in service after the end of the conflict, but was subsequently superseded by newer models.
The Viper MKII is molded in 1/32 scale. It may be assembled and painted as shown. 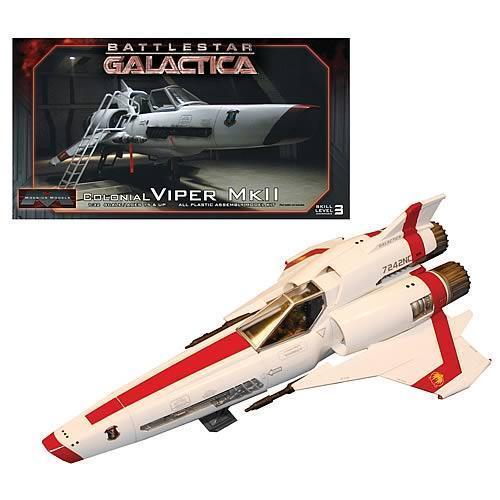