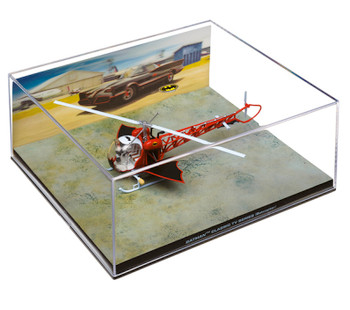 This #49 Batman 1966 TV Series Batcopter Vehicle is nothing short of awesome.

Order yours now and collect the entire series!

The Batman Automobilia Collection is a series offering Batman fans and model car enthusiasts alike the chance to collect the most iconic vehicles ever driven by Batman, featuring Batmobiles from the hit TV shows, the blockbusting films, and 70 years of comics.