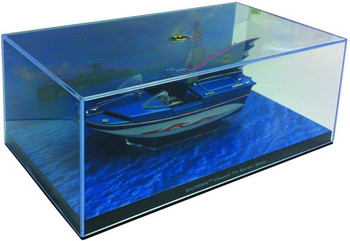 Making its way into the Batman Automobilia Collection is the Batman 1966 TV Series Batboat! The Batman Automobilia series offers Batman fans and model car enthusiasts alike the chance to collect the most iconic vehicles to have ever been driven by Batman from the classic hit TV show! If you're a fan of the TV series from the 1960s with Adam West as Batman then this Batman 1966 TV Series Batboat is a must-have piece for your collection! Measures about 5 1/2-inches long. Ages 14 and up.