Born on 8 October 2040, twenty-five year old John Tracy was educated at Harvard and followed in his father's footsteps to become an atronaut prior to his involvment with International Rescue. Named after astronaut John Glenn, he is an electronics expert with a degree in laser communication.

John is the quietest and most intellectual of the Tracy brother's, slighter in build than his siblings and treemendously lithe and graceful. As a space monitor for International Rescue stationed aboard Thunderbird 5, John has ample time on his hands to indulge his favourite pastime, astronomy. Four astronomy and outer space textbooks have been published bearing his name, and his incessant space searching led to the discovery of the Tracy quasar system. His duties aboard Thunderbird 5 nonetheless leave his feeling frustrated that he is unable to take part in as many rescue missions as his siblings.

Featuring the most faithfully re-produced character likeness, an authentically styled costume and accessories, plus a special illuminating International Rescue display base.

Produced in a worldwide numbered limited edition, fans of this classic series can relive the heroic adventures of International Rescue's finest. 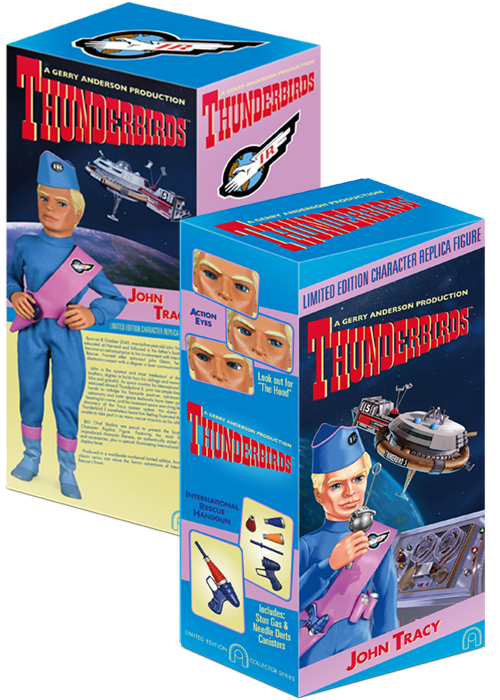